ClimateLaunchpad: Young inventors from Baku at the climate and energy start-up competition in Amsterdam

This year, two young inventors from Azerbaijan reached the final of an international competition for cleantech start-ups, ClimateLaunchpad, held in Amsterdam in mid-November.

ClimateLaunchpad is the largest international start-up competition in the field of green technologies, the purpose of which is to identify bright and promising ideas and help them develop into a sustainable business project. The competition has been held annually since 2014 with the financial support of the European Institute for Innovation and Technology’s knowledge innovation community (EIT Climate-KIC), which is part of the EU’s Horizon 2020 research programme. The EU framework programme Horizon 2020 is designed to help drive breakthrough technologies, discoveries and promising developments by moving ideas from research laboratories to the market. Based on three key areas – advanced science, industrial leadership and social challenges – the programme supports a wide range of activities, from research to demonstration projects and innovation.

Both projects address relevant topics in modern society such as energy conservation and alternative energy sources. The ultimate goal of both inventions is to reduce the negative impact on the environment.

According to the SIL representative in Baku, Mahin Jabrayilova, every year the country announces an upcoming contest through social networks. Anyone who has an original business idea in the field of climate innovation and renewable energy can take part.

A professional jury carries out the selection. As a rule, 10 semi-finalists are selected during the national round. The winners of the national round of the competition are able to join the Acceleration Programme, where young entrepreneurs are given the opportunity to undergo training from leading international and domestic trainers in the field of developing start-up companies and attracting investment to the project.

Among the 10 semi-finalists, only the two best projects are selected in the course of the second round of the competition. The two finalists from each participating country get the opportunity to participate in the final round of the ClimateLaunchpad contest. The competition, which takes place every November and is free to enter, is organised in a different country each year.

In this year’s competition, 17-year-old Aydan Gadirzade, together with her father and brother, presented a model of a device that generates electricity from the air surrounding a moving car.

"According to our calculations, the average mileage of an electric vehicle is only 135 km. This is the distance the car can travel when the battery is fully charged. For many drivers, this is a real problem that stops them from buying an environmentally friendly car. Our device allows us to increase the average mileage by 10%, up to 150 km," says Aydan.

Also, according to Aydan, in windy weather the device is capable of generating electricity when the car is parked, which reduces the time needed to recharge it.

"For now we have created a drawing and an animation as well as two prototypes of our device, and we are working on a third. We tested the second prototype on an SUV. Now we are trying to improve all three prototypes, including their design," says Aydan, who presented her idea in Amsterdam during the final round of the competition.

According to the creators of Airflec, the start-up has a great business potential, as we are seeing a global trend whereby the number of cars using traditional fuels that cause environmental damage is gradually decreasing. Some Western countries have already imposed restrictions on their use.

"Such restrictive measures will lead to a gradual increase in demand for electric cars, but their use is associated with the problem of short mileage. Our device solves this problem to some extent," says Aydan. "While working on prototypes, we interviewed drivers and came to the conclusion that there was interest in such innovations."

By the time Airflec was accepted to participate in the ClimateLaunchpad competition, it had already won several national-level competitions.

In particular, in December, Aydan's team will participate in the final of the Republican Innovation Competition, where her start-up is one of 18 selected from 200 ideas presented at the event. The team hopes for success and hopes to win a cash prize, which would be invested in further improving the product.

20-year-old Gullu Huseynli and her team had an idea at the end of this spring, when they were starting to feel the need for air conditioning, which is associated with high financial costs for the use of electricity. They decided to create an innovative form of technology that would help save electricity, thereby cutting financial costs and reducing environmental damage. So, they created energy-efficient panels for suspended ceilings, which they called Climasel.

The panels operate as follows: on hot days, when the temperature in the room rises, a material contained inside the panel melts. As a result of heat exchange, it absorbs some of the heat from the surrounding air. In the evening, when the temperature gets cooler, the same material becomes solid, giving off the stored heat.

"According to our calculations, up to 25% of electricity can be saved using the new method, which would otherwise be spent on the operation of the air conditioner," says Gullu, whose team sees great business potential in their invention.

"Climasel touches upon issues of energy conservation that are important and relevant for modern society, which gives us hope to expect various countries of the world to take interest in our idea in. The creation of such a company in Azerbaijan could attract large investments," she says.

According to the team, a 1 m² of panel costs €35 and can make €10 in profit. Therefore, if the entrepreneurs are able to sell 30,000 m² of panels per year, the net profit will be €300,000. Given that the brand will become more recognisable in the future, this should increase sales and profits accordingly.

Currently, the team’s goal is to improve the prototypes of the panels, including their design, and then present them to several companies in Azerbaijan for pilot tests with the aim of eventually entering the market. For this, according to Gullu Huseynli, the team needs investments of around 30,000 Azerbaijani Manat (approximately €16,000).

Every year, ClimateLaunchpad selects the three strongest climate-related business ideas from around the world. This year, the Leafy Ke project from Kenya took first place. The initiative reuses diapers to produce fuel for the home. The project received a prize of €10,000 for its implementation. 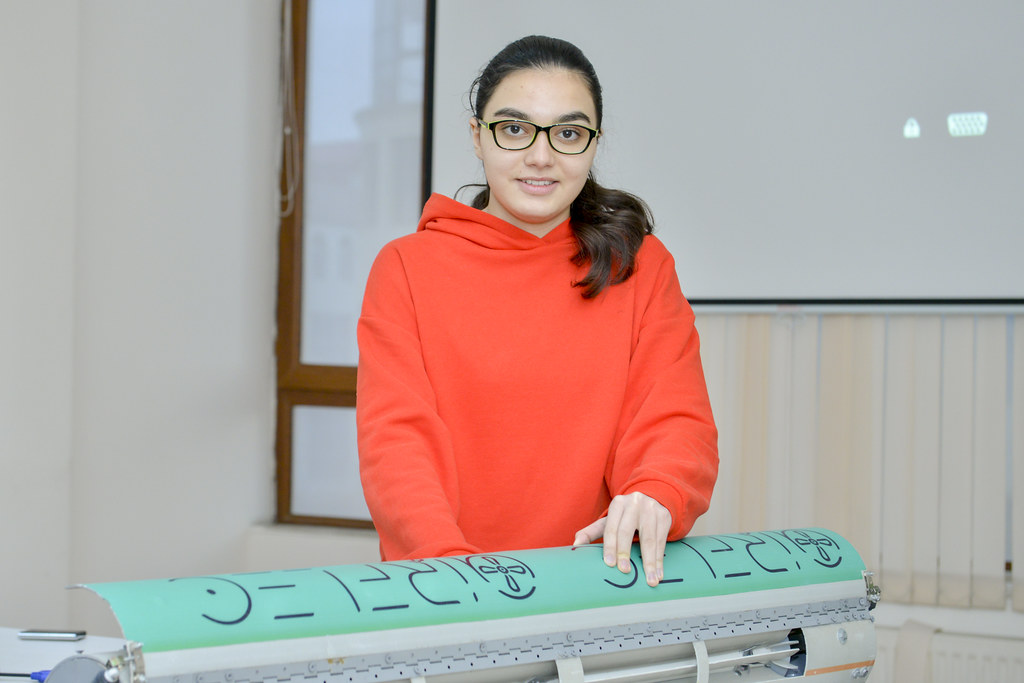 The start-ups that took second and third place received €5,000 and €2,500 respectively. The finalists of this competition also stand a good chance of receiving further investment.

According to SIL representative Mahin Jabrayilova, an Azerbaijani start-up managed to enter the top 15 of the best ClimateLaunchpad projects in the first year in which the country participated in the competition. However, everyone has equal chances, and next year new teams from Azerbaijan can test their potential.

How to receive EU funding for research and innovation in Azerbaijan?
Share