EU-supported ForgeFiction platform, which unites fans of science fiction with book lovers, is preparing to present its first book to readers

The Armenian start-up ForgeFiction writes scripts for films and television series, and pitches them to companies in various countries involved in cinematography.

Hrach Toneyan, co-founder and CEO of ForgeFiction shows how the platform works

Hrach Toneyan, co-founder and CEO of ForgeFiction shows how the platform works

The uniqueness of the platform is that registered users can write books together.

“Users of our platform have the opportunity to jointly compile a chronology of events, create images and develop them with the help of other platform participants,” says start-up co-founder Hrach Toneyan. He adds that the platform mainly produces fiction.

At the moment, 25 books are being written on the website. The first part of the first book will be ready soon, and the platform's authors intend to bring it to the international market.

“When the books are written, ForgeFiction has the right to finalise and put them up for sale, and part of the income will go to users who participated in their creation. The first big book that has a chance to be published is in the science fiction genre. It will be ready in about a month. It will have 300 pages,” says Hrach.

At the initial stage, books will be sold on Amazon in the form of electronic texts. These are written in English, as about 80% of users of the platform are English-speaking citizens of other countries.

In spring of this year, the ForgeFiction team received a grant from the EU-SMEDA project for scientific and technological entrepreneurship (EU4Business STEP). The company is also a graduate of the second edition of the Armenia Start-up Academy.

Hrach says that the STEP grant allowed them to put together a team and create the platform. “It was a serious opportunity for us, and at the moment we have an almost completed book that we are preparing for sale. It also allowed us to attract investors. They are already investing in our company.”

The team intends to continue to cooperate with major publishers, and hopes to try to write scripts for movies and television shows for big-name production companies.

“We also intend to cooperate with the creators of mobile and video games,” says Hrach.

Article published in Armenian, Russian and English by Lragir.am 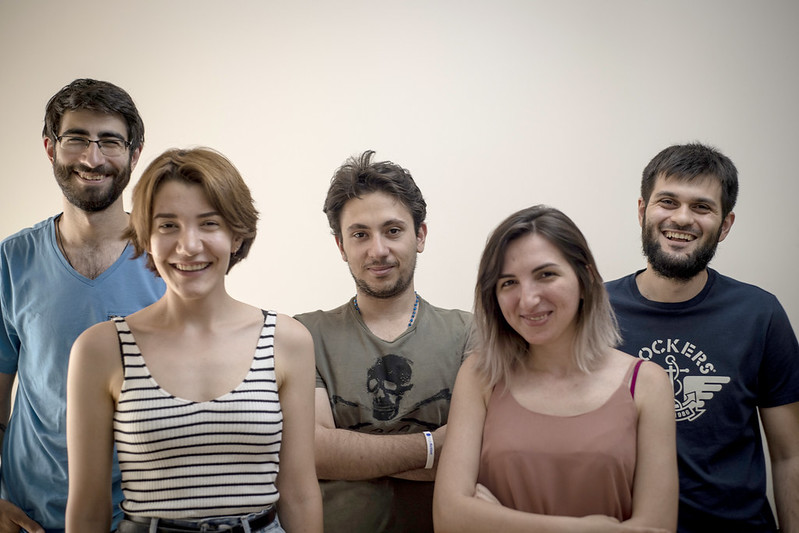