Sustainable energy in action: How Zhovkva cuts down on gas consumption and saves money

Renewable energy sources are helping the town of Zhovkva in Ukraine to save energy and thousands of hryvnias per year. All of this is the result of a project that was implemented within the framework of the EU’s EU4Energy programme.

14,000 people live in Zhovkva. For seven years, the town has been involved in the Covenant of Mayors – Demonstration Projects programme (part of the EU4Energy initiative). Under this agreement, one of the town’s kindergartens and the town boiler have been converted to use alternative types of fuel and became more energy-efficient.

For Olha Koshytska, the daily morning routine begins with taking her daughter Zlata to kindergarten. Even though the solar panels on the roof still seem like a miracle, she is relaxed when she leaves her child because she knows the kindergarten will be warm. “Since the heating system was replaced, it has been warm in the kindergarten even when it is very cold outside,” Olha explains. “It has become much easier to breathe inside, as the air is not so heavy anymore.”

Olha's two older children also attend the kindergarten. After the windows, heating system and ventilation system were replaced, the number of children falling sick decreased. The kindergarten's teacher, Kateryna Honcharenko, says that children stopped getting sick as often because she no longer needs to open windows everywhere in order to let the fresh air in. “Ventilation occurs in the room thanks to the air recuperation system,” Kateryna shares. “We used to have to air the rooms, but now this is done automatically.”

Thanks to the new equipment, the warm air does not escape through the windows but gets recycled instead, while a special system heats up new, fresh air. With the risk of sickness being lower, parents are able to dress their children in lighter clothes which means the little ones can move around more easily, have fun and exercise.

Another resident of Zhovkva, Iryna Prytula, also takes her younger children to the kindergarten. “We did not get sick once in winter because all children get sick less now. My older children also went to this kindergarten in the past and I had to dress them in more layers because I was worried that they would be cold.”

The solar panels that are mounted on the kindergarten’s roof heat enough water for cooking, washing and cleaning. This technology is helping to save more than 100-megawatt hours of thermal energy per year, which represents an annual saving of about €5,000 (UAH 150,000) for the kindergarten.

Olga Koshytska and her daughter Zlata

Wood sawdust instead of gas

The town boiler, which heats the kindergarten and five other residential buildings, was also modernised thanks to the Covenant of Mayors – Demonstration Projects programme. The entire heat production system was replaced and the boiler now uses wooden waste from the production of furniture as a power source. First, the plant turns the wood into sawdust and then the sawdust falls into the boiler where it burns out. The work of the boiler can be monitored through special computer equipment.

Zhovkvateploenerho, the company in charge of managing the boiler system, has seen the benefits of the new system. “Now workers do not worry that the boiler will suddenly stop working,” company director Roman Kuratov says. “All indicators are displayed on the screen, including those relating to fuel supply and emergencies. It is enough for the operator to keep an eye on the display to monitor the temperature and the boiler’s performance.”

Thanks to the modernisation, the company is saving €21,000 (UAH 650,000) per year. Moreover, residents of almost 250 apartments have been paying less for heat for two years now. Senior specialist at Zhovkvateploenerho, Ihor Veha, says: “The heat has become cheaper in general. That is, the consumer pays 10% less because we spend less money to provide fuel for the boiler.” Despite this, Zhovkva residents stay warm in their apartments. In the winter, the temperature does not drop below 20 degrees in the rooms and 18 degrees in the kitchens.

Comfortable and good for the planet

Through the EU4Energy initiative, the EU supports projects in Ukraine that help communities to reduce their use of fossil fuels. This not only makes the cities more energy efficient, but also helps the environment.

Since 2012, when Zhovkva started making changes in its energy sector, the town has reduced its carbon dioxide emissions by 1,000 tonnes per year, which is equal to the level of emissions released by 500 cars. “Historically, Ukraine has been dependent on gas and EU initiatives like this are helping to make it less dependent,” Jan Waanders, the head of the Covenant of Mayors – Demonstration Projects support team, explains. “The modernisation results in less consumption and less CO2 emissions, and  this will have a positive impact on the climate.”

The EU’s Covenant of Mayors – Demonstration Projects programme, which is a part of the EU-funded EU4Energy initiative, helps cities with populations of up to 200,000 to improve their living conditions. The initiative aims to increase energy efficiency and the use of renewable energy. 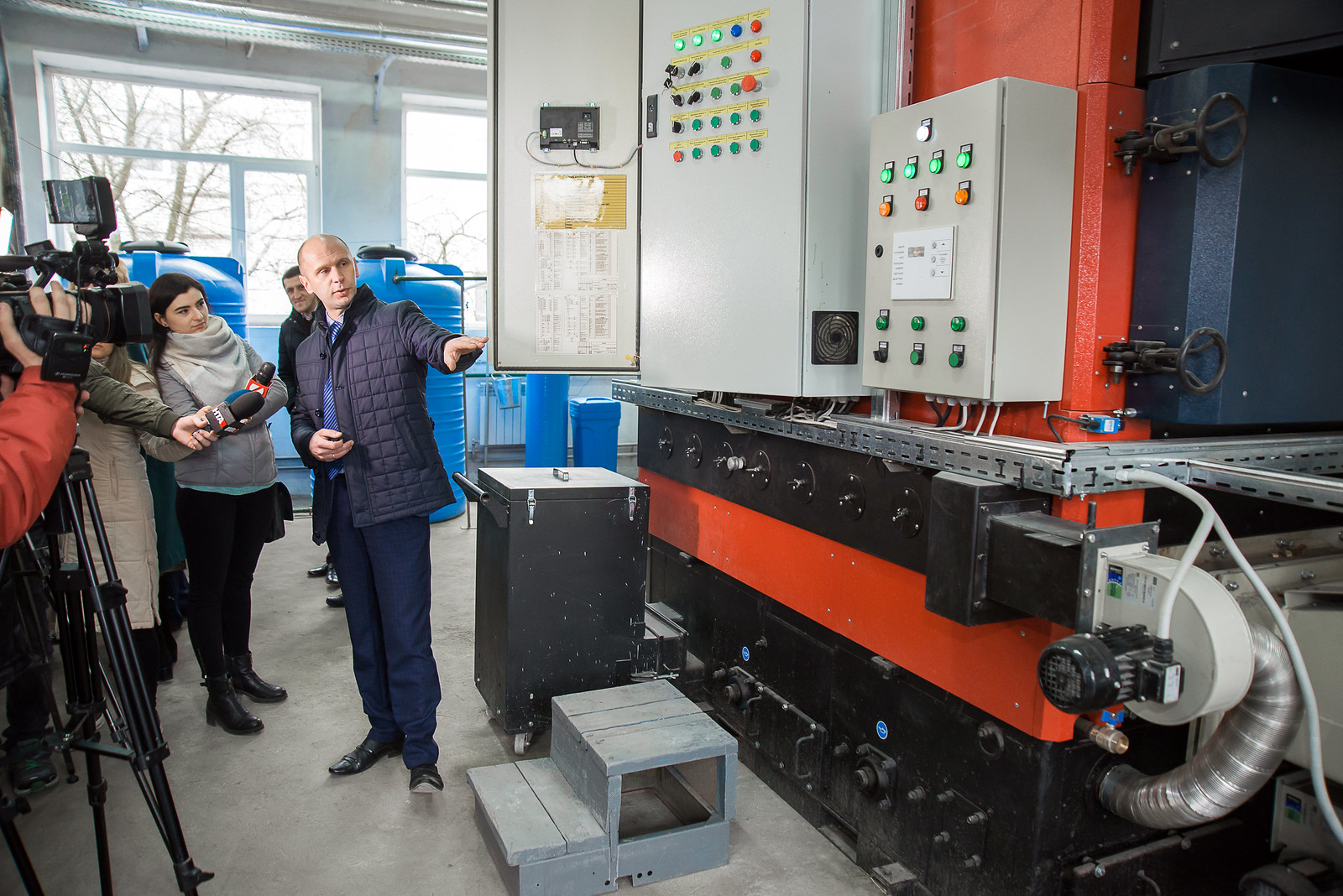